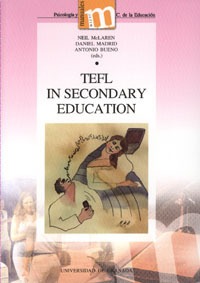 It is taken for granted that education is one of the cornerstones of any country's wellbeing. In the process of European convergence, Higher Education is deemed to be the basis on which the «Europe of knowledge» is to be built, and in this sense, considerable efforts often reflected in official documents, are being made to unify curricula and assessment procedures. The Declarations of La Sorbonne (1998) and Bologna (1999) pose some new challenges to the education system, which should affect the way in which teachers are trained and educated.